Posted on September 6, 2012 by meetingintheclouds

It is many years since I have been to a movie theatre.  Way back then, there would be an usherette, armed with a torch, to ensure you were seated safely in the dark theatre.  The usherettes doubled as a waitress at ‘interval’  (the time between the two movies – yes, you had two movies per show then) selling drinks, popcorn, sweets, crisps etc.

Nowadays, with modern technology and cleverly-placed, dim lights, the torch is not essential and with only one movie per showing, neither is the tray-laden usherette at interval time.

If you walked into a movie theatre after the show had started, you needed an usher with a torch to show you to a seat, and often you still stumbled.  It was very dark, but  it wouldn’t be long before your eyes became accustomed to the darkness and you could see without any difficulty. In fact, you were able to see almost normally.
However, on leaving the theatre and walking into the bright lights of the foyer (or the sunlight in the day time) you were again blinded by the glare and needed to cover your eyes against the light, until your pupils re-accustomed to the situation.

Christians are constantly in the same predicament.

We live in a dimly lighted world, where sin is the rule rather than the exception.  There seems to be a continuous downward drift – almost a spiral – as one sin after another is either labelled as acceptable or excused on the grounds of discrimination, tolerance, or political correctness. Behaviour once considered immoral is termed ‘normal’ by many people, by governments and even by some ‘churches’.

We live in the world.
Of necessity we have to move in the world but we do not
– should not – be a part of the world
in the sense of participating with its sinful, God-denying
morals and activities.

When we walked into a darkened theatre and could not see, our eyes soon became accustomed to the darkness and we no longer considered we were in the darkness.  It became normal.

As we go about our life in the world, we need to be on guard against becoming accustomed to the darkness around us, and finding it normal and conforming to its dubious/dangerous guidelines. 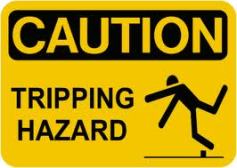 It is NOT normal.
It is NOT acceptable to God.
We are children of the Light.
The dim moral and spiritual insight
of the world
is NOT
the standard of the Christian.

1 John 2:15
Do not love the world or the things of the world.
If anyone loves the world, the love of the Father is not in him.

James 4:4
Do you not know that friendship with the world is enmity with God?
Whoever therefore wants to be a friend of the world
makes himself an enemy of God.

2 Corinthians 6:17
Therefore, come out from among them
and be separate
says the Lord.

How do YOU guard against becoming accustomed to the darkness of this sinful world?

I am Cloudwatcher, a 76 year old Christian lady, happily married to a wonderful man for over 50 years. We have five wonderful sons, all with at least one University degree and in top positions in their chosen fields. One son is still single but four have found perfect wives and they have given us five lovely grandchildren. I was born in England and while I'm proud of my English heritage, I am doubly proud to be a true-blue, fair-dinkum Aussie. My husband and I are committed Christians whose first priority is to love and serve our risen Saviour, the Lord Jesus Christ. My life story will tell of my journey from abuse to peace. I suffered 22 years of abuse, being constantly told I was totally evil and an ugly freak: no one would ever want me, so I might as well do the world a favour and kill myself.
View all posts by meetingintheclouds →
This entry was posted in Bible Truths, Devotionals, Inspiration and tagged Bible, Christian, Christianity, Cross, death, enemies, enemy of God, Faith, Jesus, life, personal, sin, world. Bookmark the permalink.