ONE BLOW – the ONLY way

Posted on April 8, 2011 by meetingintheclouds 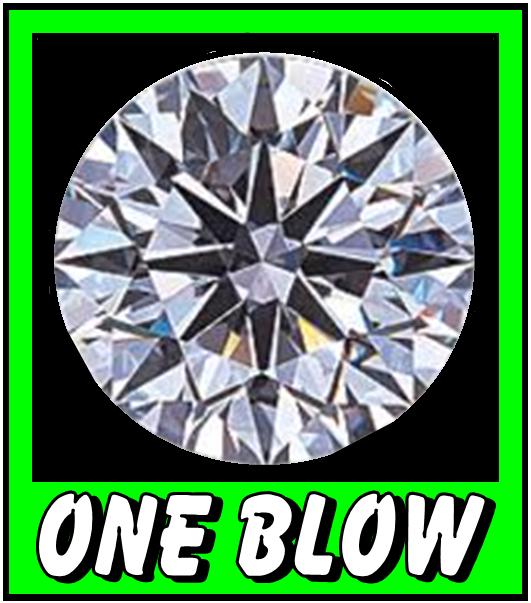 The most magnificent diamond ever found was presented to the King of England. He sent it to Amsterdam, to the most expert lapidarist in the world.   The lapidarist took the gem of priceless value, cut a notch in it and struck it with a hard blow. The superb jewel lay in two pieces.

A reckless action? No way – though it would seem so to some.

From those two halves were formed two gems which the skilled eye of the lapidarist saw hidden in the rough, uncut stone as it had come from the mine.

For weeks he had studied and planned. Drawings and models had been made. Its quality, its defects, its lines of cleavage had been studied with minutest care. That blow was the climax of his skill.

WITH THAT ONE BLOW,
THE LAPIDARIST DID THE ONE THING
TO BRING THAT GEM
TO ITS MOST PERFECT SHAPE, RADIANCE AND SPLENDOUR.

That blow, which could have been thought to ruin the stone was its redemption.

WITH ONE BLOW,
THE CREATOR GOD DID THE ONE THING
THAT ENABLED SINFUL MANKIND
TO BE RECONCILED TO A HOLY GOD.

That blow, which could have been thought to have been the end of all hope, brought redemption.

No doubt people at the time of the crucifixion felt hopeless and defeated
as the One they had followed
was cruelly beaten, humiliated and crucified as a criminal.
But what a glorious change when they saw the result of that ONE BLOW;
when they saw the RISEN CHRIST
– proof that He was who He said He was –
the eternal Son of God, the Saviour of all who would respond.

In the words of STUART TOWNEND:

How deep the Father’s love for us!
How vast beyond all measure,
That He should give His only Son
To make a wretch His treasure.
How great the pain of searing loss!
The Father turns His face away,
As wounds which mar the chosen One
Bring many sons to glory.

Behold the Man upon a cross,
MY sin upon His shoulders.
Ashamed, I hear my mocking voice
Call out among the scoffers.
It was MY sin that held Him there,
Until it was accomplished.
His dying breath has brought me life.
I know that it is finished.

I will not boast in anything;
No gifts, no power, no wisdom.
But I will boast in Jesus Christ:
His DEATH and RESURRECTION.
Why should I gain from His reward?
I cannot give an answer.
But this I know with all my heart:
His wounds have paid my ransom.

I am Cloudwatcher, a 76 year old Christian lady, happily married to a wonderful man for over 50 years. We have five wonderful sons, all with at least one University degree and in top positions in their chosen fields. One son is still single but four have found perfect wives and they have given us five lovely grandchildren. I was born in England and while I'm proud of my English heritage, I am doubly proud to be a true-blue, fair-dinkum Aussie. My husband and I are committed Christians whose first priority is to love and serve our risen Saviour, the Lord Jesus Christ. My life story will tell of my journey from abuse to peace. I suffered 22 years of abuse, being constantly told I was totally evil and an ugly freak: no one would ever want me, so I might as well do the world a favour and kill myself.
View all posts by meetingintheclouds →
This entry was posted in Bible Truths, Devotionals, Inspiration and tagged Behold the Man, Blood, Christian, Christianity, crucifixion, Faith, God, Jesus, Jesus Christ, life, personal, resurrection, Son of God. Bookmark the permalink.

8 Responses to ONE BLOW – the ONLY way