Posted on October 26, 2010 by meetingintheclouds 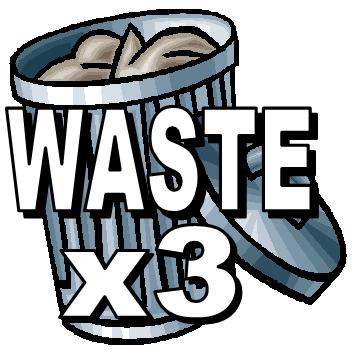 WHAT A WASTE! The Germans had a very powerful weapon in WWII which never repaid its investment. The TIRPITZ was the largest battleship ever built in Europe, with dimensions slightly exceeding those of her sister ship the Bismarck.  Tirpitz never fired at an enemy ship, and participated in ONLY ONE combat operation which was the only time she fired against enemy ground targets. 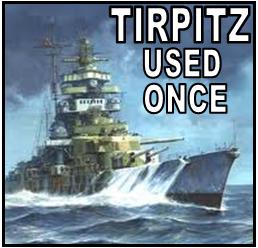 Tirpitz fired only once

WHAT A WASTE! The Germans had another “biggest”  The GUSTAV Gun was the largest calibre rifled weapon in the history of artillery to see actual combat, but was fired ONLY ONCE in the Soviet Union at the siege of Sevastopol.

Gustav gun used only once

Gustav weighed nearly 1,350 tonnes, and could fire shells weighing seven tonnes to a range of 37 kilometers (23 miles).  In combat, the gun was mounted on a specially designed chassis, supported by four bogies on parallel sets of railway tracks. Each of the bogies had 20 axles, giving a total of 80 axles (160 wheels).  The ammunition for the gun consisted of a heavy concrete-piercing shell and a lighter high-explosive shell. A super-long-range rocket projectile was also planned with a range of 150 km that would require the barrel being extended to 84 meters. This rocket projectile might have enabled the bombardment of England.

WHAT A WASTE when Christians do not use the gifts they are given – the biggest of all gifts – the power of heaven!

The Lord Jesus gave gifts to His people. To some He gave more, to others less, but to each He gave at least ONE gift.  He gave these for a single purpose: to be USED to benefit His Church. He loaded His people with all the power, armour, weaponry and ammunition needed to live victoriously and to complete His work.

Each who is a child of the living God needs to ask:
Am I using the gift/s He has given me?
Am I fulfilling His purpose?
Or am I like the Tirpitz or the Gustav – the best of its kind but a useless waste?

If I refuse to use my gift/s I insult my God and mock His purpose.

#  If there is NO FRUIT in my life, there is NO REASON for my existence.
#  Life’s greatest privilege is to be a co-labourer together with God.
#  Either Christ is Lord OF all or He is not Lord AT all.

I am Cloudwatcher, a 76 year old Christian lady, happily married to a wonderful man for over 50 years. We have five wonderful sons, all with at least one University degree and in top positions in their chosen fields. One son is still single but four have found perfect wives and they have given us five lovely grandchildren. I was born in England and while I'm proud of my English heritage, I am doubly proud to be a true-blue, fair-dinkum Aussie. My husband and I are committed Christians whose first priority is to love and serve our risen Saviour, the Lord Jesus Christ. My life story will tell of my journey from abuse to peace. I suffered 22 years of abuse, being constantly told I was totally evil and an ugly freak: no one would ever want me, so I might as well do the world a favour and kill myself.
View all posts by meetingintheclouds →
This entry was posted in Devotionals, Inspiration and tagged Bible, Christianity, Faith, God, Jesus, life, only one, people, personal, spiritual gifts, Tirpitz, victory, war, waste, World War II. Bookmark the permalink.

4 Responses to WHAT A WASTE –